Dear Kris,
Your cousin, Dorie in California had written me about her Dad, your Uncle Dick. I came across this email your mother had sent to Uncle Jay and me when we were asking questions about our older siblings. You’ve probably heard these stories, but if there’s anything new in these recollections, would you send them along to your brothers and sisters?  Here we go:

I found this email written about ten years ago. Uncle Jay and I were asking questions about Aunt Billie and your father.  Thought you might be interested. So here are Aunt Billie’s thoughts.

[About Dick] Yes, we were very close. Because we moved so often and our lives were so troubled we only had each other. Until he started getting wise, he would play any game that I suggested and since I was pretty bossy, those were the only ones we played. I can remember being in a back yard playing “store”when a hailstorm trapped us so that we couldn’t get to the house until it was all over.

My clearest memories of us as children were the trips he and I took to El Paso. Because we had railroad passes, of course, the only cost was our meals. We would get on a train car early in the morning. wander around the downtown area and return that afternoon. Again, I’m not sure of our ages but we must have been pretty young, probably preteens.

My other vivid memories are not so pleasant. At 427 East 8th Street he and I did the dishes together. I washed and he was supposed to wipe. He couldn’t be seen from the living room, so he would flip his damp towel at my leg until I retaliated.  Because he was hiding, I received the punishment. Oh, I was such a martyr!

Dick and I went to the Dials over Christmas. I would guess we were 6 and 8, but I’m not sure about our ages. It was a memorable time, they heaped the gifts on us. Something is tickling my memory here. I can remember going to Channing, Texas and there were lots and lots of grasshoppers. That wouldn’t have been a Christmas time, would it? Maybe we were there twice. 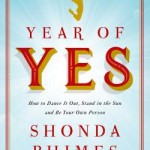 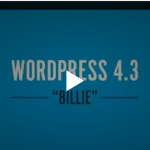